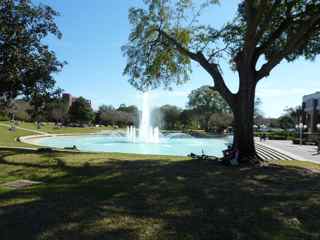 One of the truly fascinating aspects about college admissions counseling is becoming aware of colleges and universities of which we have had very little knowledge.

One such school was the University of Central Florida in Orlando, Florida. UCF is the second largest university in enrollment size in the country with 58,000 presently enrolled students [second only to Arizona State].

UCF has been named by US News & World Report as an ‘Up-and-Coming’ national university and ranked by both The Princeton Review and Kiplinger’s Personal Finance as a ‘Best Value’ University.

Starting out as Florida Technological University in the 1960’s, UCF began with an emphasis on engineering with the goal of providing highly-trained personnel to support the Kennedy Space Center. 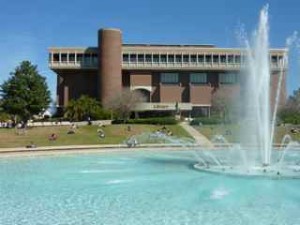 The school emphasizes their commitment to retention and for UCF students to be successful. The retention rate of freshmen at UCF is 87% and even higher for minority students. 2,500 of 6,000 incoming freshmen receive merit scholarships above and beyond need-based financial support. 75% of undergraduate students receive some form of financial aid.

With the recent US emphasis on STEM [science – technology – engineering – mathematics] majors, UCF has launched its EXCEL Program that recruits 200 students each year and focuses on student success in the first two years of their college career in a STEM discipline. In the spring semester of their sophomore year, the EXCEL student is provided a paid undergraduate research experience. 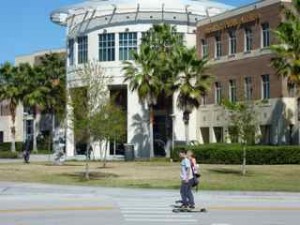 Orlando is a huge tourist destination and provides outlets for students to enjoy the recreational activities available in central Florida and offers abundant intern and career opportunities for the students in the University’s Rosen College of Hospitality Management.

The school is located in Orlando but in a suburban setting. It sits on 1,415 acres and the campus is well thought-out, with most buildings contained within a large concentric circle. The buildings seem quite recent, evidence of a vast building program that went on in the late 1990’s and early 2000’s and continues even today.

In the center of the university campus are the first buildings of the school, positioned around a large reflecting pool. No one is allowed in the pool except on one day a year — the day that kicks off the homecoming weekend with Spirit Splash, an annual pre-game pep rally with students charging into the reflecting pool cheered on by the UCF cheerleaders and the Marching Knights [the UCF band].

The residential housing complexes are largely three in number and in different parts of the campus. They are quite impressive, modern and up-to-date. There are two double-occupancy rooms with shared bathrooms or apartments with single rooms and kitchen. 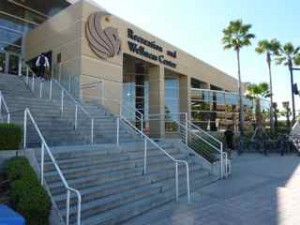 A large campus, UCF is reasonably easy to get around by walking, bicycling, skateboarding and by the school shuttle service that stops at designated areas and arrives every fifteen minutes.

Although there are international and out-of-state students, the majority of the students come from in-state and from throughout the state.

There seems a strong school spirit at UCF as seen by the number of clubs and different activities that occur on campus. There are about 350 clubs on campus. If a student has a particular interest that is not represented by the clubs available, they can request the formation of the club and, if accepted, receive a year’s funding by the Office of Student Affairs. While there are apartments close to campus that the campus shuttle buses service, students I spoke with prefer living on campus.

The meal plans are flexible with students able to pick from various meal options, although I found the variety at lunch to be somewhat limited — soups, salads, pizza, two hot entrees and sandwiches or wraps. Compared to other university dining choices, I found UCF to be lacking, especially in light of their touting their Rosen College of Hospitality Management. 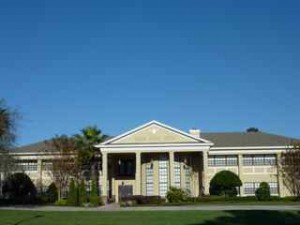 The Greek life is strong at UCF with two rows of large and stately fraternity and sorority houses on either side of one campus street. I was astonished by how sumptuous these Greek houses are.

The campus is fairly well self-contained. There are shopping centers and apartment complexes on the periphery of the campus that largely service the students, faculty and staff of UCF.

There is a wide range of services for counseling, tutoring and learning differences. The administration affirms that despite their size the university meets the needs of each UCF student.

The University of Central Florida is a pleasant campus, has some wonderful facilities and seems incredibly fresh and modern. Although the economic times now are tough, UCF seems committed to continuing its expansion on the Orlando campus, on its six satellite campuses around central Florida and through web-based online courses.

What high school students and their families need to know about college selection, application and admissions.